2 Pcs. Reention battery output connector for Juiced and other e-bikes 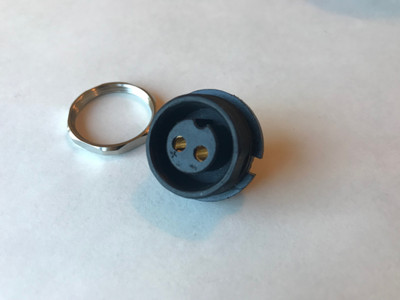 Battery fitment problems can lead to a damaged connector on the battery.  Some batteries also had a connector which allowed the metal contacts to slide back, resulting in an intermittent connection.

Replacing this connector is not trivial, on all but the larger Juiced batteries there is no off switch for the battery, the output leads are live at all times so extreme care must be taken when replacing the connector.  Also soldering must be done by an expert, as it is easy to damage the new connector with too much heat, and a less than professional soldering job could lead to wires coming loose, and a short circuit in the battery which could damage the battery or even lead to a fire.

You have been warned!